The Children’s Commissioner for England has called for all schools to provide an in-school counselling service.

Speaking to the Commons Education Committee on 6th January, Anne Longfield said that counselling, “should be piloted as a systematic part of the school”. She continued by saying, “My default is that it probably should be made a requirement as part of school. Children say they want it and in Wales it is part of school life.

“There is a real issue about anxiety,” she added. “It is a barometer of health for children. And children are clearly saying that before we get to the stage of a diagnosed mental health condition we want some help with anxiety and we want that to be in schools.”

Local authorities in Wales are required to provide access to school-based counselling services for children from Year 6 of primary school onwards.

It’s been a popular move too – a report by the British Association for Counselling and Psychotherapy (BACP) for the Welsh Government found that 41,138 counselling sessions were attended by students between autumn 2009 and spring 2011 – most commonly to discuss family issues.

Children prefer school based counselling, saying they are most comfortable talking to someone in school, rather than their GP

In England, however, the government has so far stopped short of making counselling a requirement. The blueprint for counselling in schools, published by the Department of Education in March 2015, merely stated a “strong expectation … that over time all schools should make counselling services available to their pupils”.

Thankfully, the members of the National Association of Head Teachers (NAHT) have called for counselling for young people to be “a key priority” and between 64 and 80 per cent of secondary schools in England are currently funding their own counsellors.

Sadly, uptake by primary schools seems to be much slower – with 2 in 3 primary schools not making any provision at all, and many of the remaining one-third providing less than one day per week – leaving parents and children “going to the internet for information” according to the children’s commissioner, “[with] no clue whether that information was robust or not”.

One in five children will experience a mental health difficulty at least once during their first 11 years, including anxiety, depression and eating disorders.

As an experienced primary school counsellor, working with schools in the Gravesham area and Medway towns, I’ve found that children who have school counselling in Years 3-6 usually become more settled, focus more on their work, are less disruptive to the class and ultimately feel more positive about themselves and their life.

And with happier, more relaxed and emotionally secure children, the schools can achieve more academically, face less strain on resources, and can become a place both children and staff can enjoy.

So, although schools usually have to fund in-school counselling services themselves (for example, via the pupil premium), the benefits are felt by the whole school, not just by the children being counselled.

But action needed by parents

But, even though schools are generally aware of the need for in-school counselling, and I make the process of setting it up quick and easy for the school, I know that it often falls on parents to voice the demand for such a service with school staff and Governors so that it becomes a spending priority.

So, until government makes provision of counselling a requirement, if you would like to see your primary school provide an in-school counselling service, then please talk to your school and share this with other parents. 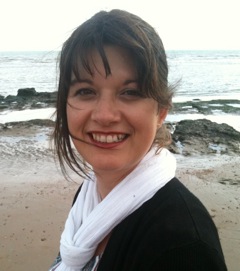